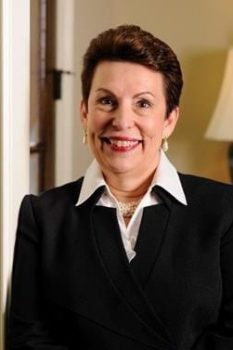 Jane DiFolco Parker serves as a Partner to Alexander Haas.  In this role Jane brings the experience and expertise acquired from a 48-year career in higher education to organizations large and small.  Jane’s diverse background in both public and private institutions, alumni relations, academic administration and as the leader of large development organizations gives her a broad prospective on the opportunities and challenges that face development teams, leaders, and the organizations they serve.  This background allows Jane to view each challenge through a variety of lenses and help craft customized strategies and solutions for her clients.

For the last 25 years, Parker has led high-impact fundraising and operations in the university setting. From March 2012, through June 2020, she served as vice president for development at Auburn University, and as president of the Auburn University Foundation and the Auburn University Real Estate Foundation, Inc. During her tenure, Auburn received its largest-ever philanthropic commitment from a single donor; celebrated record-setting fundraising years in 2013, 2014, and 2015; launched the university’s largest campaign with a goal of $1 billion; and achieved its campaign goal more than a year ahead of schedule.

Parker spent the majority of her higher education career at Emory University, serving 37 years in positions leading up to vice president for operations for its Office of Development and Alumni Relations, where she managed the infrastructure for the division of 220 employees. She previously served in positions in the Emory School of Law that included senior assistant dean for administration, director of admissions, and director of academic services.

Originally from Ohio, Parker received her bachelor’s degree in English from Georgia State University. She attended Harvard University’s Graduate School of Education’s Management Development Program and has completed graduate coursework in Organizational Development and Strategic Planning in Georgia State University’s Robinson College of Business. Jane and her husband, Bill, are the parents of Ashley DiFolco Parker.