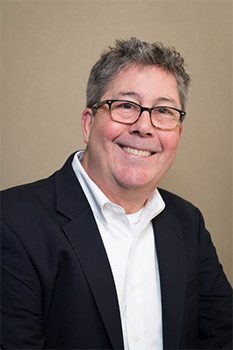 As a Partner at Alexander Haas, Inc., John applies his extensive background in development to serve a wide variety of clients. For over 30 years, he has served as a leader in the field of advancement, campaign management, and board development and has helped nonprofit organizations around the world to enhance the operational aspects of advancement and assist them with strategic and campaign planning, preparation and execution.

Previously, John was the Associate Vice Chancellor for Advancement Services & Interim Campaign Manager at North Carolina State University, where he oversaw the planning phase of a $1.6 billion capital campaign. Prior to that, he was Principal for Advancement Solutions Consulting Group, a firm he launched in December 2004 focusing on nonprofit infrastructure issues. He also has served as Vice President for Research and Data Services at CASE – a position he held from its inception in late 2002. Prior to that, John was the Director of Alumni & Development Records at Duke University for nearly 15 years. During his tenure as director, John guided Duke’s advancement services processes to an industry benchmark of efficiency and accuracy and helped the Duke advancement team achieve its goal of raising $2 billion for the University.

John formed one of the largest advancement-related listservs in the world, FundSvcs, now with over 3,800 subscribers, and a companion website: www.FundSvcs.org. He has spoken at hundreds of conferences across the country, receiving the CASE Crystal Apple Award for outstanding teaching. He is founder and Former President of the Association of Advancement Services Professionals (AASP). He received the AASP Jonathan Lindsey Lifetime Achievement Award in 2012.

John holds a BA in Mass Communications and Socio-Political Change from Vanderbilt University, and a Certificate in Nonprofit Management from Duke University. He resides in Durham, NC, with his wife and children.