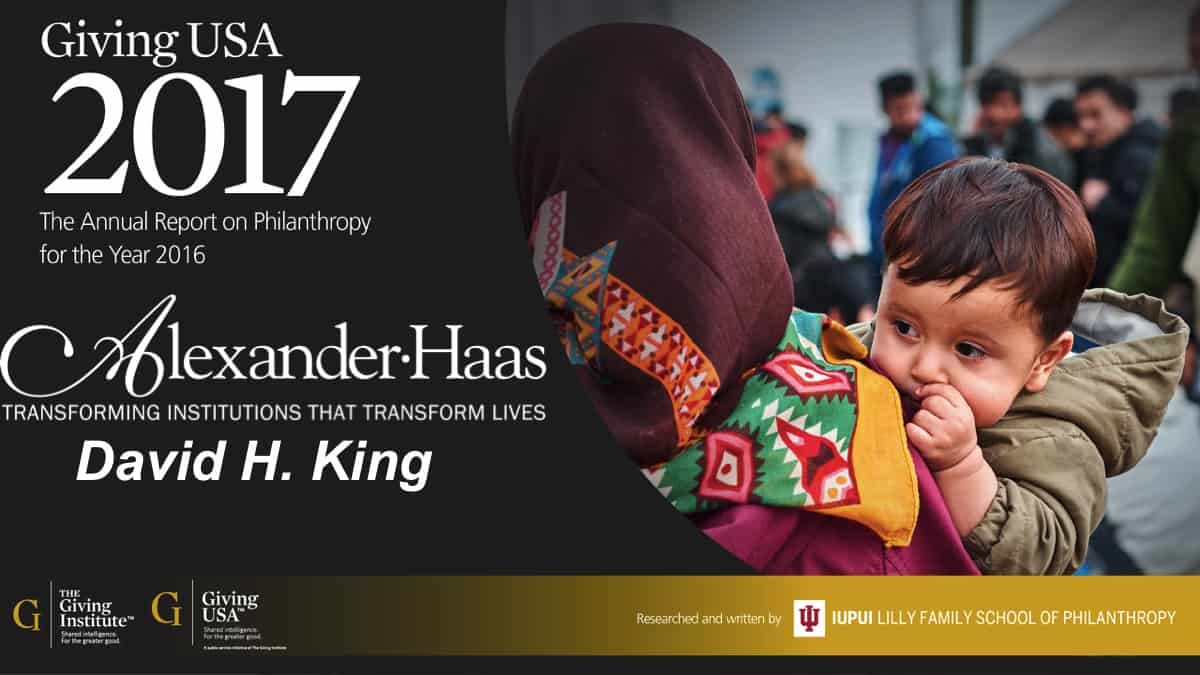 Charitable giving hit a record high for the third straight year in 2016, reaching $390.05-billion, according to Giving USA. However, donations rose at a slower rate than in recent years — 1.4% — as key economic indicators grew modestly and a divisive election season sowed uncertainty.

Giving from living individuals, which for years has made up more than 70% of donations, rose to $281.9-billion, a 2.6% increase from 2015. That growth rate, though modest compared to recent years, helped offset a 10% loss in giving from bequests, which totaled $30.4-billion last year.

Giving by foundations is the highest it’s even after adjusting for inflation, but companies have yet to reach a pre-recession high of $18.7-billion in donations, set in 2005.

Fundraising expert David King, President and CEO of Alexander Haas, presented the Giving USA 2017 results recently. You can view his presentation of the results here: