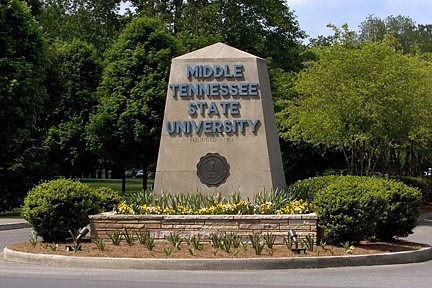 When Joe arrived, MTSU was just a few years away from enjoying great success with the state’s largest undergraduate enrollment on a vibrant campus. The University had benefitted from more than a decade of strong leadership by President James E. Walker followed by Dr. McPhee who provided clear vision for the University’s future.

While the University’s website notes a successful $30 million campaign was launched in 1997, Dr. Walker confided toward the end of the campaign that it was a torturous effort. Buoyed by a surprise $25 million+ bequest, a campaign was quickly cobbled together despite limited staff and a poor records system. A decade later key volunteers couldn’t recall whether the goal was reached or not.

In light of this, Joe spent his first few years building the infrastructure for success by establishing an advancement services office, adding development officers in the colleges, upgrading the constituency relationship management system, and strengthening the MTSU Foundation’s stewardship.  He was mindful of the University’s centennial coming up in 2011 and began discussions with us in 2005 about preparing a campaign in conjunction with it. We were engaged in 2006 to conduct a Campaign Readiness Assessment and our report, while noting that there were still steps that needed to be taken to strengthen the program, endorsed moving forward with plans for the campaign.

Those plans, however, were hit by a double whammy.

First, in 2007 a prominent alumnus who had made a seven-figure gift to MTSU was arrested for defrauding investors of many more millions. While under no legal obligation to do so, the Foundation returned the gift at the request of those seeking restitution. The scandal was reported nationally and sensationalized when the alum committed suicide.

Second, there was this little thing called the Great Recession in 2008.

Needless to say, this set things back for a couple of years.

In 2009, we were engaged to work with the University to get the campaign going with the 2011 Centennial year looming. Our first priority was working with the colleges and athletics to strengthen their development programs in preparation for the campaign while crafting a preliminary case to test. Joe had worked with Dr. McPhee’s leadership team to identify potential campaign priorities and more than $175 million had been compiled. A case summary proposing an $81 million campaign was developed and we began a campaign strategy study in November of 2009.

The study was completed in April of 2010 and recommended a working goal of $58.5 million over seven years (2009-2015) with a public announcement of the campaign in the spring of 2012 toward the end of the centennial year celebration rather than the outset. The working goal was increased to $61 million because of several large gifts that had been received while the study was under way, a case statement developed including a tier of priorities beyond the $61 million, and strong volunteer Campaign Executive Committee was recruited.

Dr. McPhee worked quietly and effectively with a major prospective donor (one we were unable to interview because of his schedule and thus not able to factor in his potential support) and it yielded a $10 million gift. That gift and several others during the next two years enabled the University to revise the goal to $80 million and announce the Centennial Campaign in April of 2012 with $53 million in gifts and pledges already made.

Patience and persistence paid off the campaign concluded in 2015 with $105 million raised against the $80 million goal, fulfilling the secret dream of many (including Dr. McPhee, Joe, and me) that MTSU’s 100th anniversary would be celebrated with a $100 million+ Centennial Campaign.

As a footnote, when Governor Haslam created a Board of Trustees for MTSU last fall, four of the eight members named were members of the Campaign Executive Committee.