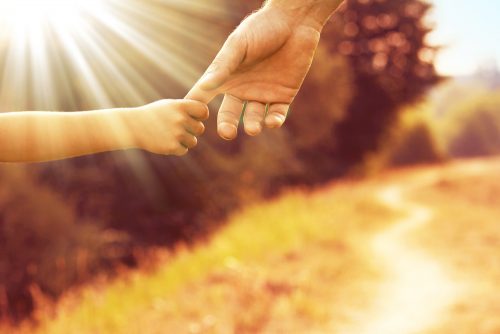 Data collected by the Humanities Indicators Project of the American Academy of Arts and Sciences shows that current public funding for the humanities through the National Endowment for the Humanities and state humanities councils approaches $175-million.

At the same time, Giving USA reports private funding for the arts — from individuals, foundations, and corporations is more than $17-billion. You don’t have to be a math major to figure out that public funding for arts and humanities is a tiny fraction of overall support to our arts and cultural organizations and that private giving is what truly supports the arts.

I could stop here and talk about what’s wrong about arts, culture, and humanities public funding in America, starting with the fact that it represents less than $2 per capita per year. But I would rather write about what’s right with private funding—why generous people support our museums, libraries, theatres, and music halls. I also would like to explain what leads them to give and give and give even more.

Investor Sid Lapidus has long supported scholarly research and the use of collections to help us understand our early American history. At this year’s annual meeting of the American Historical Association, Mr. Lapidus provided a personal look at how he became a philanthropist and how his interest as a collector led to his support of research and scholarship.

“I became a collector just by chance. I graduated from Princeton in 1959, and two months later I bought my first rare book! While peering through a London bookseller’s dusty window, I noticed a 1792 edition of Tom Paine’s Rights of Man.

“Paine would have been my neighbor in New Rochelle, NY. I passed his homestead daily going to and from New Rochelle High School. Since the price of the Paine pamphlet was less than $5 (and that was about all I could afford at that time), I bought it. My collecting career had started.

“To be a serious collector, one has to have at least the following three attributes:

“Serious book collectors, in particular, have three choices as to what to do with their collection as a whole or in part.

“One of my guiding principles has been ‘the ultimate value of collecting is in the scholarship it inspires!’

“Because of my successful business career, I gradually accumulated enough capital to become a serious collector. Over a collecting lifetime, I have purchased about 3,500 items.

“What remains in my library now is about 2,000 items. As I have never sold any items, the decrease in my collections is due to the many gifts I have made over the years to worthy institutions. My desire is for scholars and would-be scholars to use my collections to the greatest potential. I also have donated funds over the years for fellowships.

“[Among these institutions are: the New York Public Library, the Schomburg Center for Research in Black History and Culture, the Center for Jewish History, the American Jewish Historical Society, the American Antiquarian Society, the New York Historical Society, the Gilder-Lehrman Institute, the Omohundro Institute, Princeton University, and the Lapidus Center for the Historical Analysis of Transatlantic Slavery, which held its inaugural conference in fall 2017 at the Schomburg Center, home of the Lapidus Center.]

“Some sages have favored anonymous giving. Although this may be fine under certain circumstances, I believe public giving is more meaningful, for both the donor and those, who receive the gift. It may also inspire others to follow your example, while validating the importance of the organization to which you give.

“And by the way, as I grow older, I become even more convinced that it is much better to donate when you are alive and in good health, rather than having your executor make charitable gifts from your estate.

“Again, two reasons come to mind: First, the archival institutions get the books and funding sooner. Second, you and your family and friends get the pleasure, from being there when your gift is made, and thereafter.”

For the rest of Mr. Lapidus’s story, see