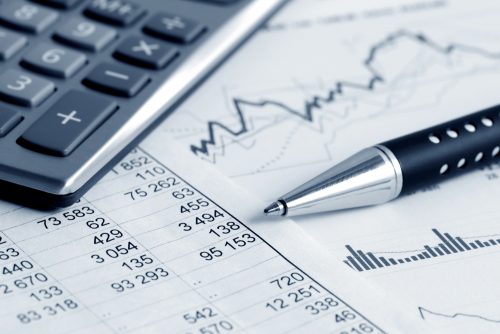 Nonprofits of all sizes can experience cash shortages, and many do: Around half of U.S. nonprofits have less than one month of operating reserves, according to a recent study.

Nearly two-thirds of charities have annual budgets of less than $1 million, which makes them similar to small businesses in terms of spending and revenue. Nonprofits face many of the same challenges as their commercial counterparts. They are under-capitalized, lack reserves to withstand a crisis or act on a special opportunity, and struggle to stay afloat from one pay period to the next.

So, how can small charities overcome these obstacles and improve their financial health?

Even if it’s just $500 a week, get in the habit of setting money aside. Too often, nonprofits try to accumulate a large lump sum before transferring it to reserves. It’s never the right time to let go of a big sum, so move money into a reserve account in small, regular increments. This method will help you create a meaningful reserve without hampering cash flow.

That may seem counterintuitive, even heretical, but here’s my logic: If a nonprofit has a $1 million budget and raises $1 million for an endowment, at a 5 percent annual spend rate it would receive just $50,000 each year. That’s a lot of money being held captive rather than providing meaningful support. If the organization should need cash to stay afloat, in most cases it would be prohibited from accessing the endowment corpus, the original assets.

In contrast, if that same nonprofit raises $1 million in operating reserves or establishes a quasi-endowment — a board-designated investment fund with fewer restrictions than a true endowment — it can still draw down on earnings and access the capital to weather financial troubles or launch a new program.

Nonprofits want as much money as possible to benefit programs, and that makes sense. However, failing to invest in fundraising creates a self-fulfilling prophecy of scarce resources.

Most charities have four sources of potential income: grants from foundations or government agencies, service fees, endowments, and donations. Government funding is highly unstable and becoming harder to find. Fee-based income is limited, because many nonprofits provide services people cannot afford. We already covered endowments. So, donations are the one form of revenue that nonprofits can control directly.

Yet too often, chief executives and trustees hesitate to invest in experienced fundraisers. Instead, they hire on the cheap, and the results reflect that. In the for-profit world, that would be the same as hiring poorer-quality salespeople and wondering why sales are weak.

A talented chief executive officer is not an overhead expense. Can you think of any successful for-profit business that thinks of its top leader as overhead?

Nor is a talented chief financial officer or bookkeeper overhead. An organization cannot administer a tight $1 million budget without a competent person managing its finances. The same goes for talented development professionals; without revenue, organizations go bankrupt and programs die. A mission-critical function or activity should not be classified as overhead.

Find an institution with a representative dedicated to working with nonprofits. This person will understand your structure, your financial statements, your balance sheet, and the scarcity of resources nonprofits face. She or he will be able to help you get a line of credit before you need it. Often, smaller banks are better than large ones at understanding nonprofits and other small enterprises.