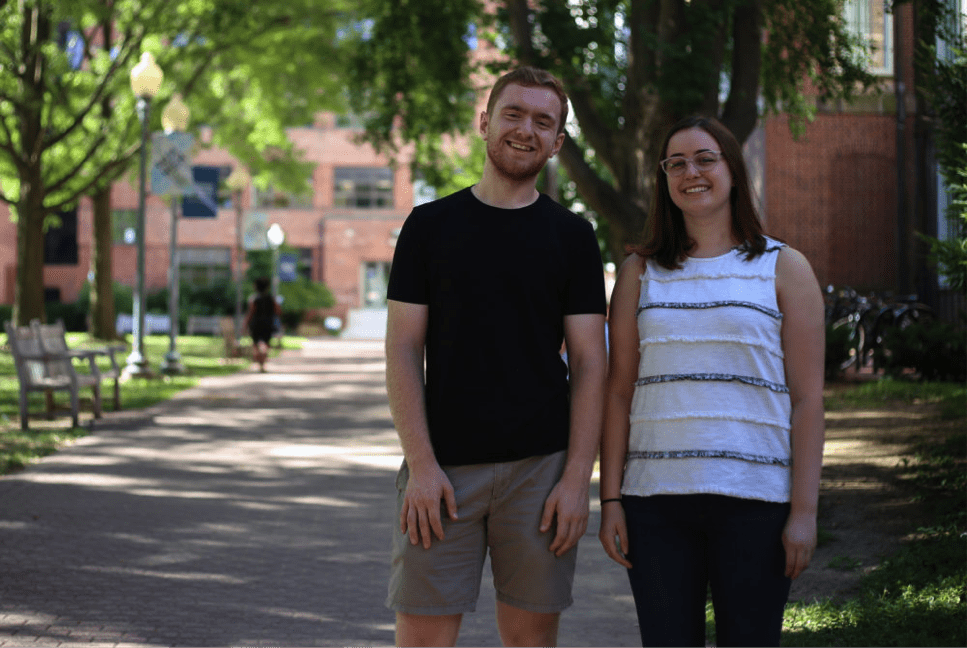 Organizers of the senior class gift campaign are not looking to just elicit donations from students this year – they’re also trying to help seniors plan for their futures.

Senior class gift coordinators Jake Kania and Eleanor Rubin said they are teaming up with staff in the Center for Career Services to host career panels and other events this year that they said will prepare students for life after graduation. The organizers said they’re also rebranding the senior campaign by giving away free items advertising students’ future alumni status instead of their standing as a member of the Class of 2019.

Kania and Rubin said they have yet to hammer out details of specific partnerships with the career center but hope to host several events involving resume workshops, headshot sessions and career panels in both the fall and spring. They said they do not yet know how many events they will host or when the events will take place.

“We look forward to working with our colleagues in Development and Alumni Relations and the students leading senior class gift campaign to partner on events that will engage the senior class,” Rachel Brown, the director of the Center for Career Services, said.

The new plans come after last year’s senior gift campaign raised a record-breaking $140,882, beating the previous 2015 record of nearly $130,000. Kania said while they would like to raise about the same amount as the Class of 2018, organizers are placing emphasis on sustaining donations, rather than one-time gifts.

Kania said the organizers do not intend for many gifts to be made at Center for Career Services events, but said by showing students the resources that GW offers through its various departments – they may want to give money to support them.

“If they know what’s available, they’ll be more inclined to support those initiatives,” he said.

Kania said events will also show students that they can give to any part of the University that they want, including specific resources, like the career center. He said some seniors still do not know they can give funds to specific professors or their research.

Kania and Rubin added that they have noticed GW’s school spirit is different from other schools in that students are more focused on their careers and advancement instead of forming a bond over a sports team. The organizers will give away mugs that say “GW Alumni” instead of “Class of 2019” because it reflects student interest in being part of an alumni network.

“Instead of focusing on like ‘rah, rah seniors,’ we’ve shifted a little bit to focus on seniors as future alumni,” Kania said.

But organizers said the campaign will maintain some of its traditions, like the Senior Breakfast and Senior Kickoff events, because of their popularity in years past. They said they do not know if they will have matching gifts this year after University President Thomas LeBlanc led a gift-matching campaign last year, donating $1,000 for every 1 percent of the senior class that made a recurring donation.

Experts said working with alumni through career services can help educate seniors about philanthropy and advance them on their career paths.

Nancy Peterman, a partner at Alexander Haas, a fundraising consulting firm, said that including events with career services may help seniors get more involved in philanthropy efforts because job outlooks and future planning will be on the top of seniors’ minds.

“The senior class gift campaign is a way of raising awareness, growing the donor database and creating lifelong donors for the institution, so I think the tactic of pairing it with career services might be a good strategy if it’s important to students,” Peterman said.

Richard Ammons, a senior consultant and principal at the fundraising firm Marts & Lundy, said many institutions keep career service centers and alumni relations offices under the same umbrella because alumni can give career advice to students on top of donating money to the university.

“I wouldn’t be surprised if they connected them with alumni who might share their career interests and the process helps them understand that their relationship with GW is more than just a four-year relationship,” he said.

This article originally appeared in The GW Hatchet.