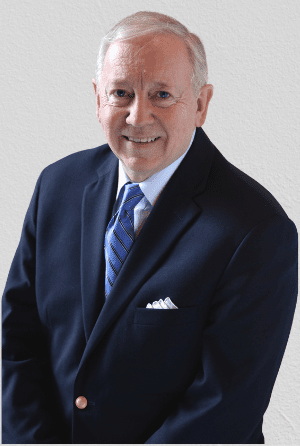 With over 40 years of experience with a wide-range of non-profit institutions, Jerry provides counsel on a daily-basis to a diverse body of clients including educational institutions, human service groups, cultural institutions and faith-based organizations.

Jerry’s expertise has brought him to work nationally with groups such as Ronald McDonald House Charities, the Paul Simon Public Policy Institute at Southern Illinois University, and the Meals on Wheels Association of America for workshops, speaking and Board training events. He is known for a “gentle but direct” leadership style whether he is meeting with educational institution administrators wishing to raise millions of dollars or grassroots arts leaders planning for a new non-profit with a very limited budget.

A former clergy member of the South Carolina Conference of the United Methodist Church, he is a member currently of The Episcopal Cathedral of St. Philip in Atlanta. While in the United Methodist Church, he was Executive Director of a national organization of 3,500 clergy and lay members focused on promoting religion and the arts through the General Board of Discipleship of The United Methodist Church.  He was Associate Vice President of Advancement at Brenau University for six years following a period as Vice President of The Winfield Group, a strategic planning and marketing firm focused on nonprofit organizations. Since 1998, when he was recruited by Alexander Haas, he has worked as a consultant with nearly 75 different congregations or faith-based groups as well as hundreds of other organizations with successful capital campaigns ranging from $1 million to over $50 million.

He is a past president of the Greater Atlanta Chapter of the Association of Fundraising Professionals (AFP) and has held committee assignments within the International AFP.  He has been invited to teach special classes in nonprofit management at Candler School of Theology, Emory University, and is a frequent speaker and trainer at fundraising and nonprofit education events around the country.

A graduate of Wofford College (B.A.) and Yale Divinity School (M.Div.), he is a past President of the Yale Divinity School Alumni Board and serves currently on the Dean’s Leadership Council. He is the chair of the Yale Alumni Association Board of Governors proudly serving as one of the 30 Yale University graduates elected to represent more than 180,000 Yale alumni internationally.  He also serves on the Yale Alumni Fund Board of Directors.

His hobbies involve participating in a variety of organizations about which he is passionate and which reflect his “renaissance spirit.” In New York, he is a patron of the James Beard Foundation (yes, he’s a food and wine enthusiast!) and the Yale Club of New York. A native of South Carolina, Jerry is a member of the South Carolina Historical Society, the International African American Museum, the Preservation Society of Charleston, the Charleston Museum, the Upcountry History Museum, the Greenville County Museum of Art, and The Peace Center.